Fuzzy cushion is double stuffed with fluff, and features a satisfyingly deep disc squeaker. All aboard the fart train, toot toot! The pretty's in the nitty gritty.

The pretty's in the nitty gritty. 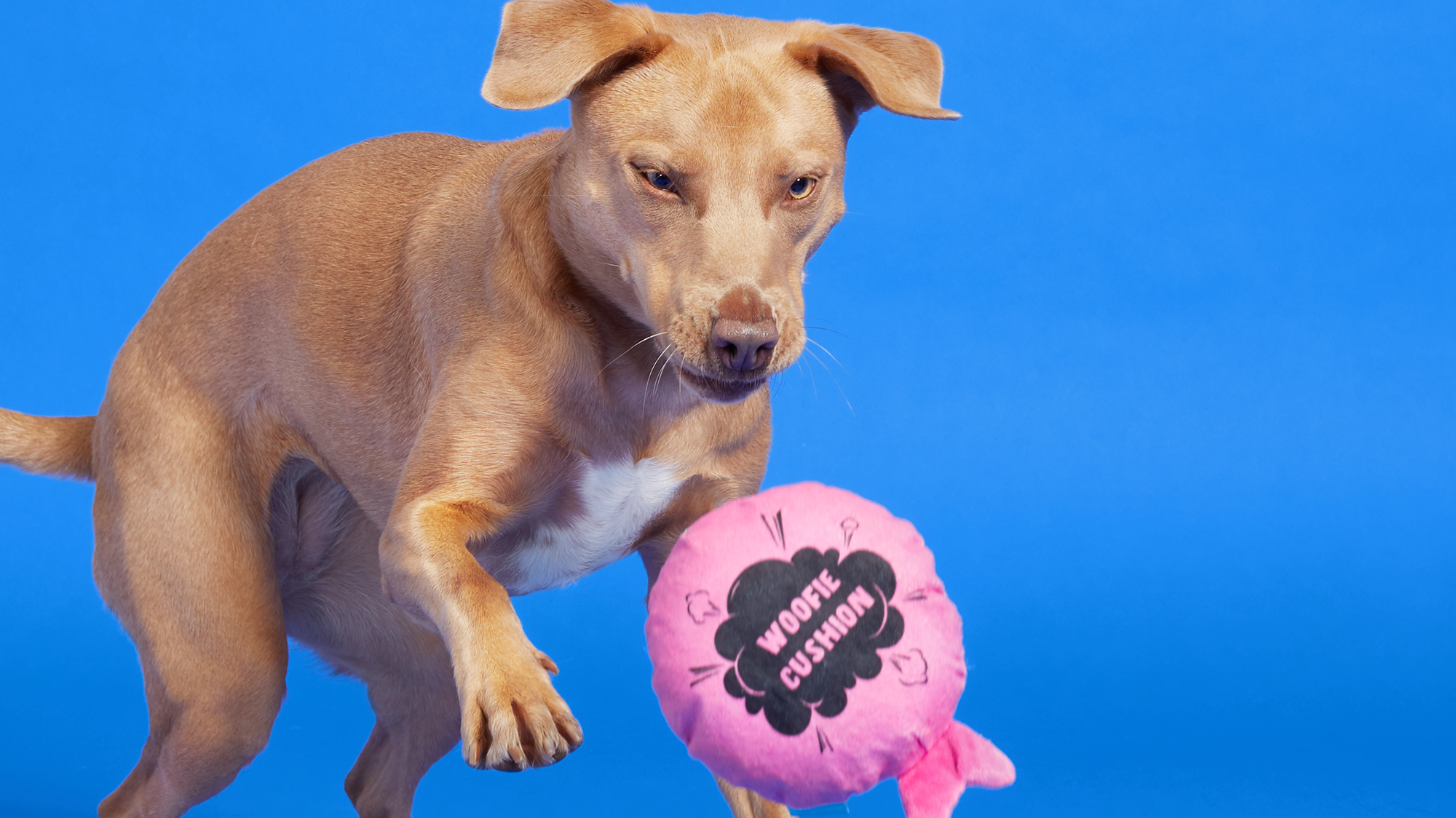 This is a one star review, but resets to five. The quality of barkbox toys have deteriorated. Our dogs played with the toy for 1 hour and the seam was already coming out. I am disappointed and felt like it was a waste of money.

Loading...
Was this helpful?
SL
Stacy L. Reviewed by Stacy L.
I recommend this product
Rated 5 out of 5

Cute but hard to squeak

This is a cute toy and I can get it to “fart” but my dog can’t. He still enjoys playing with it but the squeaker is too hard to work.

Loading...
Was this helpful?
MS
Megan S. Reviewed by Megan S.
I recommend this product
Rated 5 out of 5

My pups love the squeakers in this one!

They love that whoopie squeaker! Still squeaking after a whole week of intense doggie play.

Loading...
Was this helpful?
KS
Kristi S. Reviewed by Kristi S.
I don't recommend this product
Rated 1 out of 5

When I saw this, I KNEW I HAD to get this for our pup Gizmo, as we have a toy called "Buddy the Farting Bulldog" that we got off of Amazon that Gizzy goes crazy for. Buddy's farts sound literally like REAL farts! This cushion came looking cute as ever and then the "test" came,... the sound... I thought at first that maybe I didn't squeak it properly so I tried again. It sounds absolutely NOTHING like you would have expected. When you squeak it, no one is going to say "where's that fart sound coming from?" It is also apparently extremely hard for the dog to squeak it. I still have yet to hear Gizmo squeak it on his own. He just has ZERO interest in this which is sad because I thought that for sure, it would be a hit with him:(

Loading...
Was this helpful?
MD
Marc D. Reviewed by Marc D.
I don't recommend this product
Rated 2 out of 5

Fun design, but not durable

I loved the idea of this toy, but it only survived 5mins and my Shih Tzu chewed a hole in it :(

So sorry this simulator did not hold up to those chompers. Check your email for a follow up from BarkShop.