The perfect tug toy that not only provides a place for the pup to have a grip but also the human! Write a Review
average rating 4.7 out of 5
Based on 6 reviews
100% of reviewers would recommend this product to a friend
6 Reviews
CL I didn’t expect him to love this so much!

My 1 year old German Shepherd has been crazy about this since day 1. He loves running around with it, but he’ll hold it by the middle piece so he looks crazy - but he has so much fun! He loves chewing on it; he’s not a destroyer so he just sorta teethes on it, and it’s held up great for that. He loves playing tug of war with it, playing fetch with it, carrying it like a baby... I think this thing is durable enough to last for ages since my dog doesn’t tend to destroy things, but I still want to get a backup since he’s so crazy about it!

We are happy to hear that Rough and Rugged tug was a huge hit!

Good leather construction. Not for chewing but good tug of war toy. Dog had difficult time getting a good grip on it, but maybe just her. Worth buying 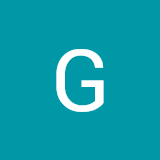 My German shepherd pup loves to play tug-of-war and doesn't really like ropes and all the plush toys end up ripping. She also likes gnawing on it. We've had it for about a month now and it holding up very well!

Hey Gabriella! This is so awesome to hear! We're so happy this toy has provided your pup with the perfect way to enjoy a game of tug!

The tug toy is great. The pup is young and she loves to tear things up, but this toy has a scent that makes her love it. She has spent hours trying to destroy it which honestly is better than her trying to destroy anything else. She loves to play tug with it and will do just about anything to get it out of the bin to play with it. Amazing product. Have to order another for when she finishes destroying this one

This toy is great for dogs who love tug of war. Super durable. Only downside is that it does smell when it gets wet but we overlook it because we love it so much